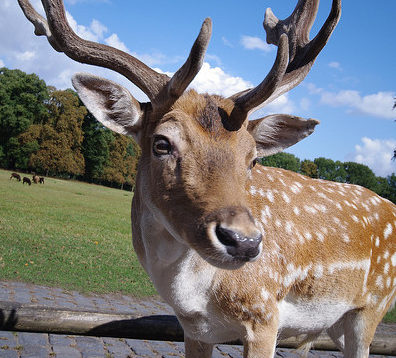 During the first 5 years of Edwards life I wavered between thinking that he was Autistic and thinking that I was just being neurotic. I am a Speech and Language Therapist (SALT) and qualified when I was a young woman, well before having my own family was on the horizon. I had learned about autism, Aspergers syndrome and what was then called semantic pragmatic disorder (which went out of fashion soon after I qualified but seems to have made a recent resurgence under the new name of social pragmatic communication disorder in the most recent publication of the DSM). In my first post, I worked in community clinics and mainstream schools supporting children with communication difficulties, including a few primary aged children who were on the autistic spectrum.

Looking back, as I am sure is true with anyone starting out in professional life, I see that I knew so little then. I was doing my best with the knowledge I had at the time. I would work differently now.

As a SALT and mother of 4 children I do often wonder if I have achieved some kind of record. All four of my children have needed support from Speech and Language Therapy services. I have a friend who is a dentist; neither of her kids showed any inclination to develop teeth until they were well over 12 months. Do our kids instinctively know how to stress us out?

I tried to convince myself that I was over analysing Edwards behaviour and communication. Sometimes he did things that I thought he shouldn’t be able to do if he was truly autistic. He could engage in pretend play, he had a sense of humour, he could take turns in games, he liked being cuddled, he did sometimes look at me…I had a stereotype of what autism looked like and Edward didn’t quite fit it.

But fairly frequently he did things that made my guts scream “autism!”. This is a tale of one of those moments.

We were on holiday in France staying with Bill and Val, parents of one of my closest friends. Bill and Val spent 10 fantastic years living in France and they were generous with their time and space; they still are. We spent a number of summers with them in France, using their pool and staying in their home, having the kind of holiday we simply could never have afforded without their friendship.

The first summer we went there Edward was 4 years old.

We went to a zoo. We saw lots of interesting and unusual animals but the thing that most interested Edward was a large notice board a few feet from what appeared to be an empty enclosure. On the board was a display showing the life cycle of antlers, clearly depicted in line drawings, showing antlers at various stages of growth. Edward was fascinated. He couldn’t take his eyes of this chart. He wanted us to explain it to him and said “read it, read it” which considering Nick failed GCSE French and I barely scraped an “O” level, French was a bit beyond us. We explained we could read it but it would be in French.. not a problem… he was happy for us to read it out loud in French, even if none of us understood the words. I am glad no native French people had to endure the agony of our appalling French accents.

After about 10 minutes of intense study of the diagram, and after several attempts by both of us to read the writing on it and well after all the other children, Nick and I had passed our boredom thresholds, a huge magnificent deer gracefully walked into view and continued towards us, coming right up to the fence. The deer was beautiful and only a couple of feet away, it’s tree like antlers at the peak of their size. We were so excited, I grabbed Edward and picked him up to show him the deer. As I did so, his body immediately arched away from mine so that he could keep his eyes focused on that display board. Try as I might, and I did try hard, he would not look at the deer, not even a glance. 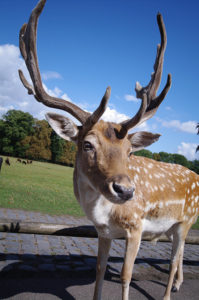 On one level I was confused but on a deeper level I knew then that my son was autistic.

It took lots more of these moments to convince me that he needed an assessment for autism. No other professional ever suggested to me that he be assessed. I sometimes wonder whether he would ever have been assessed if I hadn’t  known about autism. Would he have struggled through life simply not knowing himself properly? I don’t know.

I do know that getting Edward assessed for autism was one of the best decisions I ever made.