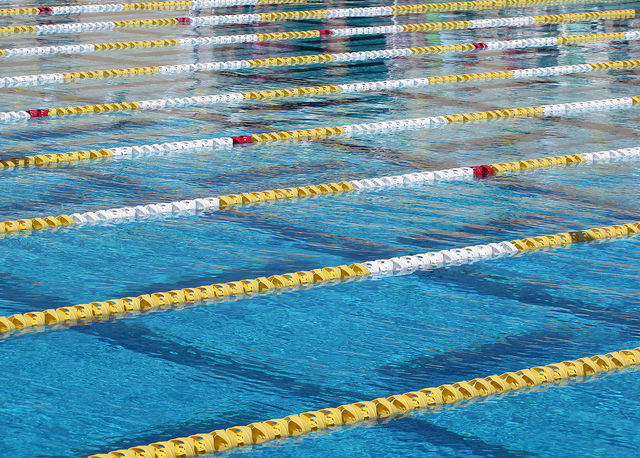 I have had my most excruciating and embarrassing parenting moments in our local swimming baths, in particular the changing rooms.

It was important to me that all my kids learned to swim. I didn’t learn to swim well as a child and I am not a good swimmer now. I wanted my kids to learn so that they could be safe but also so that they would have a form of exercise that they could do easily throughout their lives.

Taking four young children for swimming lessons straight after you have done a day of work is not fun and is certainly not for the faint-hearted. It’s the type of parenting task that requires a steady grim determination. I tended to use visualisation techniques (see myself 5 hours hence with glass of red wine sitting on sofa chatting with Nick) and prayer to get through it.

I don’t think I ever had all four at swimming lessons at the same time, but we all had to go every week….. for years and years.

At one point Leila and Edward had swimming lessons and the twins had to tag along. Trying to supervise Leila and Edward getting changed, showered and dried whist keeping an eye on toddling twins, not forgetting making polite conversation with fellow mums, was exhausting. The twins soon discovered that they could fit rather nicely into lockers and would incarcerate themselves in the lockers, frequently and surprisingly quietly, leaving me frantically searching for them in a semi demented fashion. To be honest if I could have incarcerated myself in a locker I would have done so.

I had temporarily left Edward mid way through him getting into his swim things during one such crazy twin search. While I was looking for the twins, 5 year old Edward (at this point totally naked save for one sock) noticed something shiny and irresistible.

For a while, there was another mother who had two older girls attending more advanced swimming lessons, at the same time as us. She was a tall, stylish, serene woman who was always immaculately dressed and her two beautiful daughters had perfect hair, perfect clothes and perfect behaviour. The shiny irresistible object which had captured my naked sons attention was her black patent designer handbag which was on the bench next to her.

Having retrieved the twins, I realised, to my horror, that Edward was sitting with his bare bottom cheeks pressed against said bag whilst leaning happily against the perfect mum. I apologised profusely and peeled my son off her and her handbag.  She was pretty good about it but her face betrayed the fact that she was glad not to have son like mine! I had to experience the walk of shame through the leisure centre, it was not the first or last time that happened. It has been difficult to help Edward learn about personal space… he can stand too close, get in the way and be generally clumsy and oafish. We ended up giving him the “forearm rule”. This rule means that he needs to be able to stick his forearm out to the side (elbow touching side of his body, palm straight). If he can touch another person he is too close and he needs to back off. Obviously this rule does not work in all situations (London tube, family photographs, hugging grandparents, sitting in an audience with tightly packed rows of chairs, interacting with Spanish people) but it gave us a starting point to prevent repetition of bare bottom black bag type incidents.

Of all our kids we have spent much less time helping Edward with his school work. I don’t think I have ever once had to help him with any maths homework. The help he has needed most is in learning all the taken for granted social rules which neurotypicals (non autistic people) just seem to learn so easily. When you start looking into it you realise just how arbitrary and odd some of our social rules are and how they can subtly change from one situation to another. You can see why it is easy to make mistakes if you struggle to pick up on the nuances of social engagement. More stories of social faux pax and social learning achievements to follow.