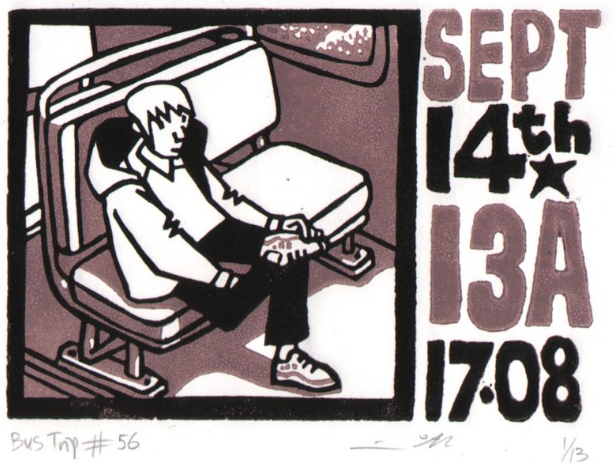 My twins started high school this year. There was a lot to do to get them ready; uniforms, shoes, pencil cases and the all important school bag were purchased and last but not least we got their bus passes.

For any child, there are a few key things to master when it comes to catching a public bus. 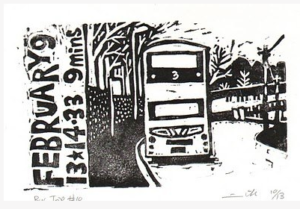 We found out some lessons  the hard way with  Leila, our eldest. On day one of high school she waited nervously alone at the bus stop in her oversized blazer and let three buses sail right past her. We had a tearful daughter on the end of the phone and we had to talk her through what to do next. We had failed to teach her the all important “stick your hand out if you want the bus to stop” rule.

This experience made us aware that we were going to have to make a real effort to help Edward learn the skills required for independent travelling. Teaching him to stick his arm out when the bus approached  was relatively straight forward, but there’s a lot more to catching a bus than that. 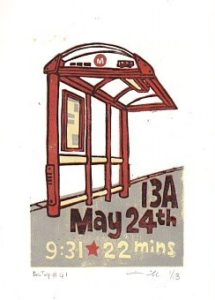 Once the bus has stopped. You need to know what to say, what change you need and where to put it. Then you have to remember to take your ticket before you sit down. It can all be a bit overwhelming for the first time when you are a mere 11 years old.

The trickiest thing for Edward was trying to get him to think about where he would sit once he was on the bus. Taking a seat on a bus involves knowing quite a number of unspoken rules. If there are some empty double seats you should definitely sit on one of them rather than sit on an empty seat which is next to another passenger. If you are sitting next to an empty seat and the bus starts to fill up you need to sit next to the window to free up the seat next to you for other passengers. If there are no double empty seats then you can sit next to another passenger. Most of us  tend to scan the bus and assess who is a safe person to sit down next to. If you are 11 and you also have autism it is going to be difficult to assess how safe a person is from a fleeting glance in their general direction.

We set our dining room up as a bus  a couple of times in the summer before Edward started high school. Nick role played being a grumpy driver and  Leila, Seb, Ivy and I were the other passengers (sometimes hostile, sometimes weird, sometimes fine). Edward had to practice getting on the bus, buying his ticket and sitting down in an appropriate place until we were all satisfied he was going to make it.Then he did a few live practice trips with Nick closely shadowing him to make sure he was ok. He was. 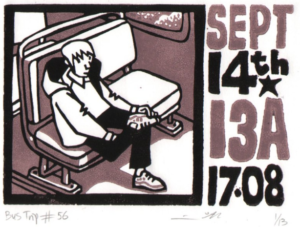 To my knowledge in the last 3 years of independent bus travel he has managed very well. There has however been one incident where it all went wrong.

Leila had an exam, an important one. Edward had already set off for the bus stop but I could see that Leila was a bit stressed and so I offered to give her a lift to school. As we pulled up at the T junction at the end of our road, I looked to my right and saw that Edward was still waiting at the bus stop. He wasn’t late and a bus was very likely going to turn up soon. I put my window down and called his name as loudly as I could whilst gesturing for him to come over to the car so that I could run him up to school with Leila.

It took ages to get his attention and as he’s not particularly good at reading body language he struggled to understand my slightly wild beckoning hand gestures. Leila was saying, “mum, just leave him, he’s fine”.  Edward obviously didn’t want to leave the bus stop because he was very much in his “catching the bus schedule” which definitely did not allow for any random wandering away from the bus stop. It took me ages, calling out to him from the car, to convince him to leave his position.

Once he was near enough I beamed at him and announced, “I can give you a lift to school”, fully expecting him to look delighted with this great news. Instead he looked at me with utter confusion and replied, “but I’m catching the bus”. Leila groaned, head in hands, and then it got worse. The bus sailed right past us at which point Edward got very angry with me because I had caused him to miss the bus. Eventually I got him to calm down and get in the car. We were beginning to risk being late for Leila’s exam by this point.

So despite trying to help both of them, Leila went into her exam, more stressed then ever and Edward started the school day cross and bad-tempered.

I had tried to help but had only succeeded in making matters worse. The experience reminded me that it’s rarely a good idea to change a plan at last-minute.

There is no need to fix a routine if it’s not broken.

If I ever see Edward waiting at the bus stop again and I know he’s still got plenty of time to get to school I will simply drive past him. It’ll feel wrong to me, but it’ll probably work out better for all of us. 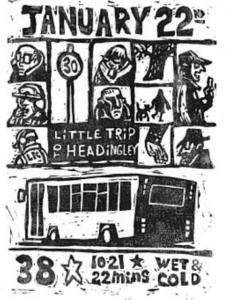 For this post,  Simon Smith kindly allowed me to use images from his “A year of bus trips” challenge where he set out to make an image of every single bus trip he took. You can see more of his work here.  A year of bus trips. Thanks Simon!