This week I am delighted to introduce you to Chris Bonnello who writes a fabulous blog about autism called Autistic not Weird.

Chris is an ex mainstream teacher, writer,  trainer and all round autism advocate. I’ve followed Chris for a while and find his insight and posts very helpful and have shared a number of them  on my facebook page.  He’s one of the few online bloggers who writes posts specifically for teenagers (he does also  write for parents and teachers too). He’s written  some great common sense no-nonsense advice posts for autistic teens.  I can’t recommend his work highly enough.

An Interview with Chris Bonnello from Autistic not Weird 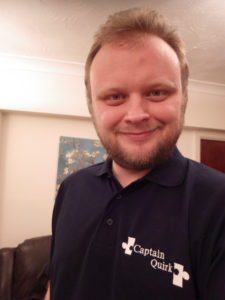 If you want to find out more about Chris or support his work here are all his contact details!

Support my work via Patreon:https://www.patreon.com/autisticnotweird

One thought on “Chris Bonnello from Autistic not Weird”