My name is Lynne and I have attended a speed awareness course.

Having previously confessed this truth to my friends and colleagues I have discovered that I am not alone – we seem to be a nation of speeders. I try not to speed, I really do but sometimes I become so distracted by my kids or my own thoughts I fail to notice that I have entered a different speed zone.

I do not text and drive. I do not drink and drive. I do however drive with kids, often arguing and noisy kids at that. It’s not really so much of a problem now but when they were little there were definitely times when the presence of my kids in the car created a potential hazard. Thankfully we never had a serious accident. 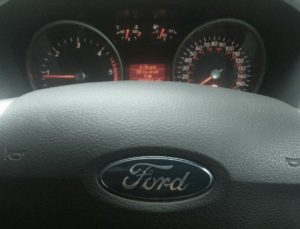 I can remember a few occasions driving and shouting crossly for everyone to stop arguing. (yes indeed one of those classic parenting hypocritical moments) When I got into this kind of state, Leila, who was practically born into the role of family health and safety officer, would sense danger and authoritatively command silence in the car from her younger siblings in such a way that they heeded her, usually immediately. This was of course helpful but in the ensuing silence I couldn’t help resent the fact that my 10-year-old daughter could often wield more control over her younger siblings than I could.

Edward was usually at the heart of these car based arguments. On one occassion he was sitting in between Seb and Ivy. I think Edward would have been about 8 years old at the time. I couldn’t see what had happened but he was doing something that was really infuriating Seb, who is usually a fairly chilled out soul. Seb was not chilled out that day, he was going berserk with fury, shouting at Edward, “STOP IT!”. It took me ages to get Seb to be quiet enough to ask what was wrong – bear in mind I am driving around Leeds in rush hour whilst this is all going on.

I sigh, “Edward are you blowing in Seb’s face?”

Seb erupts again into fits of protest that his brother is lying. It takes ages to calm him down. I’m still driving.

“Edward , Seb is really upset about  what you are doing… have you been blowing in his face?”, I ask.

We enter round three of vocal outrage and the bubbling pot of emotion boils over, covering us all so that we feel drained, exhausted and downright cross.

After a few minutes Seb manages to calm himself, but his now silent fury mixed with utter despair is niggling me.

“Edward, what exactly have you been doing to Seb?” I ask, my tone flat and fed up.

“I have been blowing at his face” he replies with no trace of emotion.

(Edward, due to his autism, has a very literal interpretation and use of language which means that moments like this were common throughout his primary school years)

We pull up at a red light. I let my head slump onto the steering wheel. I don’t care if people see me like this.

Leila nudges me to let me know the lights have turned green. I notice in the mirror that Seb is trying hard to blink away his tears of exasperation, whilst a low pitched whimpering sound gently escapes his lips.

Edward asks him to be quiet.

Next time you see a harassed looking person driving a car load of children, be sure to leave plenty of room between them and you – they might not have their full attention on the road so you may need all the braking distance you can get. 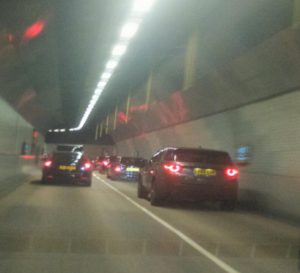 In a few years time, when we are all travelling in automated vehicles, maybe we will have the pleasure of being more able to resolve our family disputes on the go. Although I’m not sure if that is something to look forward to!

11 thoughts on “Driving with kids”