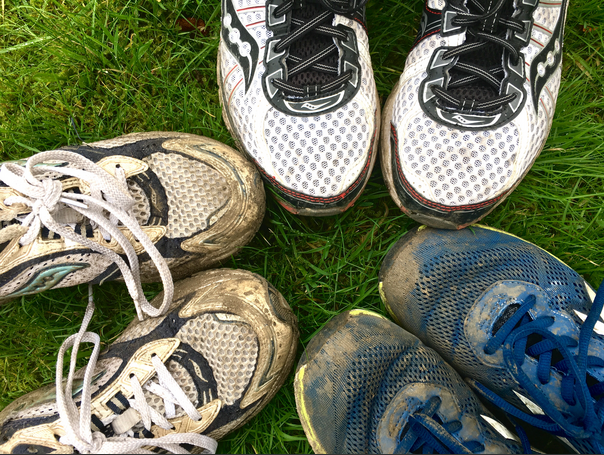 Babies change so quickly that it can be nigh on impossible to recall exactly when that first crawl, step or word appeared.  I have to confess I can’t remember exactly when Edward achieved any of his early milestones but I know I was neither surprised by how early he did these things nor worried by how late they appeared.

His fine motor skills appeared to be fit for purpose in that he could draw, play with construction bricks and complete jigsaw puzzles independently. However his ability to use a knife and fork seemed to be non existent and food was nearly always handled with fingers.  His handwriting was pretty illegible and to this day he gets comments about poor presentation of his school work. Throughout his life he has often bumped into people and things and I don’t know if this is due to his lack of awareness of personal space or his poor coordination although it’s probably a combination of the two.

Years ago, one beautiful autumnal afternoon when the sun was low, we’d taken the kids and their bikes to the park. There was a long and wide tree-lined path which was perfect for little ones to ride their bikes up and down.  Edward was riding along happily when he must have noticed the sun light creating an elongated shadow image of him and his bike on the grass to his side. He slowed down and watched his shadow mirroring his movements then suddenly picked up speed to make his shadow go faster. Realsing what was about to unfold I shouted, “Edward, stop looking at your sha…” but I was too late – he had crashed straight into a tree. After recovering from the shock and distress which ensued he got straight back on his bike. It was only moments later that I was having to remind him to look ahead and not at his shadow. You see when Edward gets interested in something it’s really difficult for him to concentrate on anything else even when his own safety is at risk.

Many children on the autistic spectrum have poor coordination. When Edward was being assessed for autism he was also referred for an occupational therapy (OT) assessment. At the initial appointment the Occupational Therapist interviewed Edward.

“No. I’m more into science and maths.” replied Edward who then added, “I get that from my dad, not my mum.”

(For the record I did scrape a  maths A level but I have to concede that Edward is right; his maths genes are predominantly from his father.)

“I bet you’ve got lots of good qualities from your mum, though.”, said the therapist.

This utterance was met with a long awkward silence. This may be because Edward genuinely hadn’t been able to think of any good qualities which I’ve passed on to him but it was probably because he hadn’t picked up on the fact that a response from him was expected.  The OT hadn’t asked him a direct question but had just made a comment. At this stage in his life, he knew he had to answer questions but knowing whether or not to repsond to comments was a much harder call to make.

The OT assessment took about 2 hours and was very detailed. At the end we received a lengthy report which basically told us that our son had hyper flexible joints and poor coordination. We were advised to get him special cutlery to help with his eating (we did but it didn’t really help) and to ask for him to be able to use a notebook/laptop in lessons rather than having to write by hand all the time (we did and this helped a lot). We also got an invitation for Edward to attend a ball skills course (we didn’t take this up as we couldn’t manage it logistically and besides every time I brought up the idea of ball skills someone turned it into a rude joke).

Although Edward is not interested in sport he is interested in being healthy.  For the past 6 months Nick, Edward and I have been taking part in the local 5k parkrun; a great way for us to get some exercise together. When I say “together” we don’t actually run together! I’m a lot slower than both of them. Our other three kids opt for the joy of a saturday morning lie in! However plenty of kids do take part in parkruns; under eleven year olds have to run with an adult. I am using “run” in the loosest possible sense – a very slow shuffling plod/fast walk is a respectable and common feature amongst those at the tail end of the parkrun.  If you think a park run could be a good solution for your family to get fit or stay fit then you can find your local one here.

9 thoughts on “Fitness without balls.”