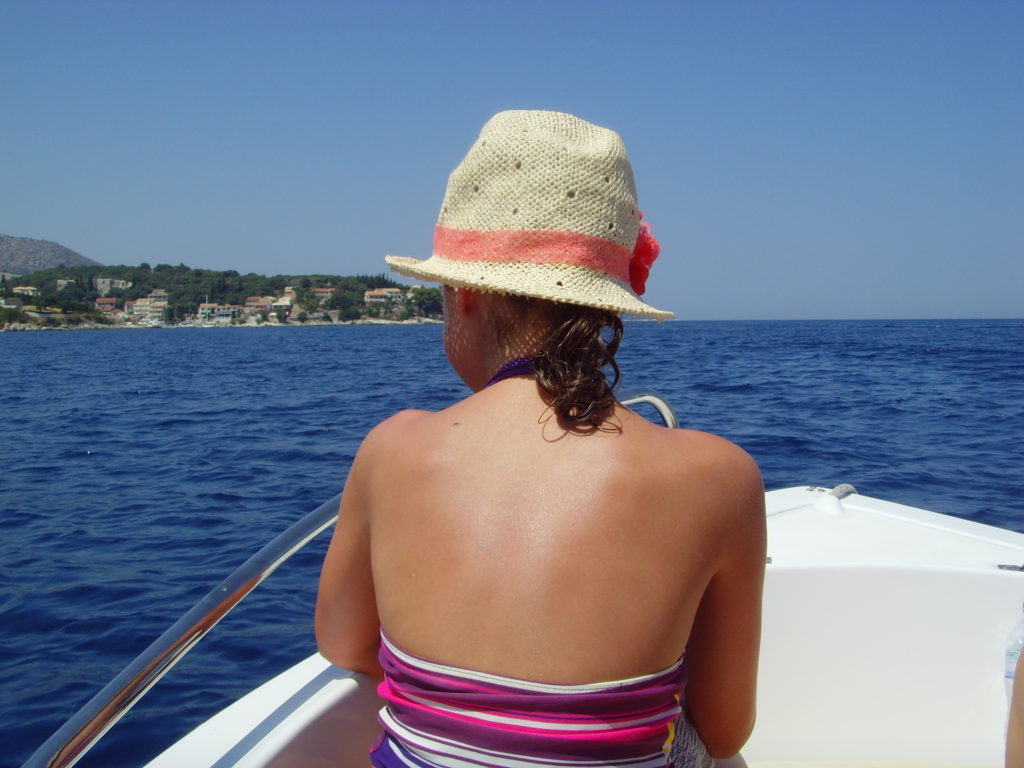 Many years ago in the days before people had mobile phones and social media was an unknown concept, Nick went travelling. He spent three months exploring Europe and the Middle East and for the majority of the time he travelled alone, completely out of contact with home. He left with just a small bag of possessions and a walking stick, having managed to badly sprain his ankle a couple of days before departure. During his travels he ended up stranded for a week on the small Greek Island of Samothrace. It just so happened that the part of the island where all the backpackers camped out was a naturalist area and so Nick decided to go with the flow and he spent his days there mainly naked under the sun, only dressing when he had to shop in the nearby village.

This story of their father spending a week in a nudist camp as a young man became a bit of a family lore, and all the kids found it both hilarious and revolting in equal measure. 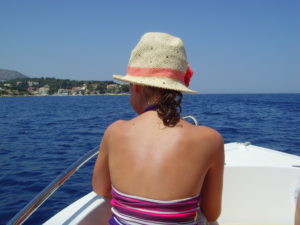 A few years ago we had a wonderful holiday on the Greek island of Corfu with our good friends, Rachel and Jon Barker and their three children. Their youngest two, Dan and Poppy were at the same school as our youngest three, Edward, Seb and Ivy.

Rachel and Nick were both parent governors at the school and were therefore well known to most of the staff.

It was the summer term and we were all looking forward to having a holiday somewhere we had never been before. The British weather had been unusually dreary so the idea of being somewhere warm and swimming in clear blue sea was incredibly appealing! The youngest of our kids was 8 years old so we all knew that we had the potential to have a real holiday as opposed to the self inflicted endurance challenge which we had experienced when travelling with our kids when they were very young. I actually stopped using the word “holiday” to describe these early family trips in order to avoid a sense of disappointment. This however, was going to be a very different experience, I knew I might even get to read a book or two!

As the summer term plodded on, I began to notice that the teaching assistant in Edward’s class kept on giving me slightly strange looks as I collected Edward and the twins at the end of the each school day. One day she simply couldn’t contain herself any longer and she awkwardly came up to me and said in a very serious and hushed whisper, “I am sorry and I realise that this really is none of my business, but are you and the Barker’s going on holiday together, to a nudist colony, this summer?”. I think I actually snorted. I managed to splutter that the holiday part was right but that the nudist bit wasn’t! We both laughed. A lot. Edward, well acquainted with the story of his father being on a nudist camp on a Greek Island had assumed that because we were going to a Greek island we would therefore be going to a nudist camp too.

All kids, not just autistic ones, can put 2 and 2 together and make 5, but by a certain age, if they realise that their conclusion is going to be seen as unusual, odd or bizarre, they will probably decide to keep it to themselves. Not Edward. At the age of 11, he had very openly told school staff that he was all set for a nudist holiday with two of the school governors.

We all, including Edward, have had a lot of laughs reminiscing about this in the years since it happened. I don’t think he would approve of my maths analogy though; he would never literally put 2 and 2 together to make 5. That would be absurd.

Linked up with #ablogginggoodtime