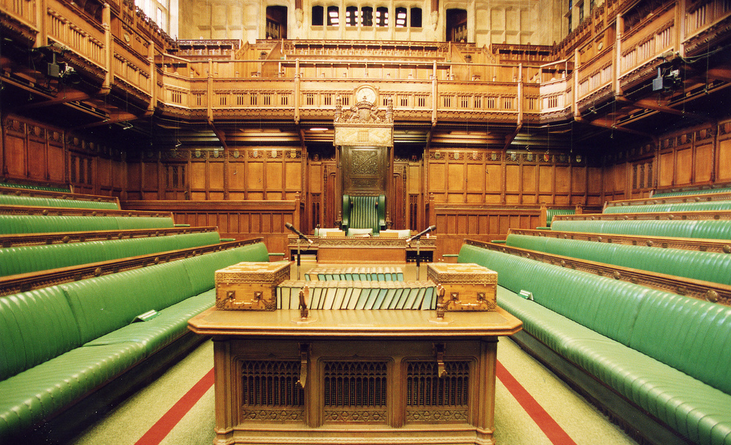 My two oldest are seriously into politics. Neither of them are old enough to vote but both have been to campaign rallies and Leila was even out knocking on doors encouraging people to get out and vote on polling day.  I’m proud of them.

My kids all went to a Church of England primary school. On one occassion the school set up a prayer room where the children were encouraged to write a question that they would like to ask God and pin it on a board. I still remember getting the giggles as I read what my youngest three had written;  their prayers captured each of them so well;

“Why do you get to have ALL the power?” asked Ivy.

“What can we do to stop climate change?” asked Edward.

I think it was his interest in the environment that first got Edward fascinated in politics.

He’s had a few extreme views in his time – such as believing that people should be fined if they eat more than their recommended daily calorie intake (YIKES) and also thinking that secret police are good way of monitoring what people are up to (EVEN MORE YIKES). We’ve certainly had a lot of  very interesting conversations over the years and I’m glad to say that his views have mellowed!

More recently he’s subjected all his grandparents and any other willing visitors to take the online political compass test to check that they are supporting the party which most closely aligns with policies that they agree with – I’m glad to say they all passed this integrity test with flying colours. Phew.

Edward is fascinated by politics and he’s always thinking about different ways of how countries could be organised and run. He watches the news, reads political commentaries and loves a good political debate. Politics might bore some of us but never my son. He thinks very deeply about the issue of government and earlier this week commented that people who don’t vote undervalue themselves and in turn the elected government undervalues them. I have to agree.

Politics is his current special interest and comes after a long line of other interests including dinosaurs, skyscrapers, mushrooms and maths but I have a feeling that this interest in politics is here to stay.

It’s very common for autistic people to be able to devote an inordinate amount of time and energy into an area which interests them. This can lead to all sorts of great achievements but it can also sometimes go horribly wrong.

Maybe the most infamous case is that of Gary McKinnon, a British man with asperger’s syndrome, who hacked into United States Military and NASA computer systems in 2001. His stated motivation was to find evidence of UFOs, antigravity technology, and the suppression of “free energy” but the Americans viewed him as a threat to their national security and wanted him to be extradited to face trial in the US courts.  Putting it extremely mildly, Gary’s actions got him into a lot of trouble. He and his mother spent the next 10  years fighting extradition orders. It must have been a truly harrowing experience for both of them. You can read about their ordeal in, Saving Gary McKinnon. A mother’s Story by Janis Sharp.  I’m pleased to report that Gary now runs SmallSEO offering IT support for small businesses.

Sadly there have been quite a number of  other cases of young autistic men  whose special interests have led them  into serious  trouble. A recent example is the young student, Damon Smith, who developed a keen interest in weapons and bombs. He  is now serving a 15 year prison sentence for leaving his homemade bomb on a london tube in October 2016.

How easy is it to spot that your adult child is going to do something illegal that will have hugely negative repercussions for them?

I don’t know the answer to that, but I guess you need to try to meet them on their terms and have conversations about things which may be outside your own interest inorder to find out what they are thinking and planning. I know I have had a lot more conversations than I dreamed possible about percentage swings to and from different parties not only throughout the election in the UK but also in the recent French and US elections too.

Ever since I first heard about Gary McKinnon I’ve talked to Edward about not breaking the law and the dangers of computer hacking. The idea of a child single mindedly pursuing an interest whilst oblivious to the risk to their own or other people’s safety scares me.

There is of course a wonderful  flip side to this in that many autistic people go on to become exceptional experts in their chosen fields. This Saturday 17th June sees the return to our screens of The Autistic Gardener which is presented by the aptly named Alan Gardner, who knows pretty much everything there is to know about plants and outdoor design.  As someone who is interested in autism and who fantasizes about turning our weed ridden patch of land (complete with semi stagnant and to be honest rather smelly pond), into a stunning outdoor haven of tranquility this programme ticks a lot of boxes for me! I can’t wait!

I’ve also recently come across a blog written by Dara, a 13-year-old Irish boy, who describes himself as an aspiring naturalist, scientist and conservationist.  His blog is called Young Fermanagh Naturalist and it’s a lovely account of how a special interest can thrive and develop in one so young.

Special interests can be truly wonderful and I do believe it is good to encourage children with ASD to find, nurture and develop in an area which they find fascinating even if it is very niche or unusual.

I’ve written more about this in my post Lovely Obsessions.

For some of us these interests become important hobbies which we use to escape from the hubbub of life in order to recharge our batteries.

For others of us these special interests can turn into careers where we get paid for basically thinking about and doing the things we love.

For now I’m going to carry on talking politics with my kids because at the moment that is what they want to talk about – who knows where these conversations will lead!

9 thoughts on “Politics and Special Interests.”