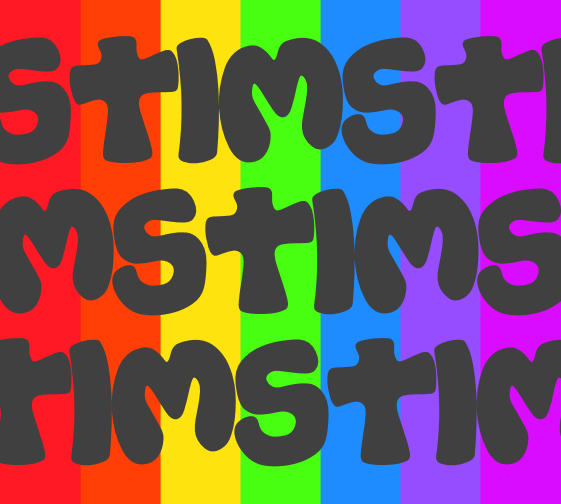 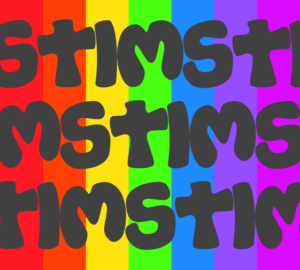 Many people with autism stim.

If the word stim means nothing to you please let me explain.

Stim is short hand for self-stimulatory behaviour which can be any kind of repetitive behaviour which is done for the sole purpose of delivering sensory input to oneself.

How many people do you know that tap their feet, drum their fingers or whistle the same tune out loud to themselves over and over again? They are stimming.

Maybe you have just realised that you stim!

A lot of autistic people stim because they are hypo sensitive and stimming is a way of rebooting their sensory perception. Some people stim because it is relaxing and calming. Others stim when they feel overwhelmed and want to block things out by focusing on one sensory experience.

Stims can be visual –  looking at lights, spinning wheels or reflections are examples of visual stims. Waving fingers back and forwards in front of the eyes to create interesting rapid changes in visual perception is a common type of stim in younger autistic kids.

Stims can be auditory –  for example repeating back chunks of language for no other purpose than the enjoyment and reasurance of how the words sound and how they are formed.

Stims can be physical –  any sudden or repetitive movements which involve the whole body, a limb, a hand or just pulling a face are types of physical stims.

Some people with autism can not control their stims, but some can.

Telling an autistic child to sit still in class could be a bad idea.  If  supressing their stims takes too much concentration, or causes their anxiety levels to rise they will struggle to process and learn new information.

Throughout his life Edward had used lots of different types of stim. If he finds something really exciting he stims as he also does if he is anxious or uncomfortable.

One summer when Edward was around 9 years old he got into the habit of pulling a really odd facial expression which we called his baboon face; he would suddenly without warning move his face heavenwards and protrude his lips as far as they would go, stretching his facial and neck muscles to their absolute limit. To be perfectly frank, he looked like a complete weirdo. At the time we didn’t know that this was a type of stim and as a result our family response was not exactly PC. 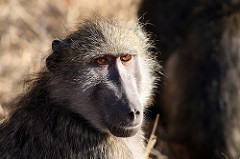 Doing this bizarre facial expression around other people was potentially going to make it harder for him to be accepted and included by his peers.  We wanted him to stop doing it. All summer if he pulled  the face  one of us would be on to him like a shot

“Edward don’t do the baboon face!”,

It didn’t take us long to realise that saying this was having absolutley no effect at all and so Nick had a chat with Edward to find out more.

Nick: “Why do you do the baboon face?”

Nick: “Can you tell when you are about to do it, before you do it?”

Nick: “You know it does look really weird when you do that face in the middle of talking to other people.”

Nick: ” Do you think there is anything else you could do instead of the baboon face when you get the feeling that you want to do it?”

Edward: “Well ……(long pause)………I could try flapping my hands instead.”

From then on baboon face only made a very rare appearance before disappearing altogether and Edward used a more subtle and more socially acceptable below waist level hand flap. Result.

I would never try to get Edward to stop stimming as I know how much he enjoys it – and in fact I think he needs to stim to stay comfortable. However he does have the ability to adapt and tone down his stimming, and so we have encouraged him to take some control over where, when and how he stims.

I still enjoy the fact that even now as a tall teenager Edward often just spins around on the spot because he likes it.

We’ll keep booking back row tickets at the cinema so that if he gets really into the performance and starts weaving his head from side to side it doesn’t cause any one to get annoyed with us and besides it allows Edward to sit back, stim and enjoy the show.

Here’s a really informative article about stimming from Ambitious about Autism if you are interested in reading more on this subject.

5 thoughts on “spin and stim”