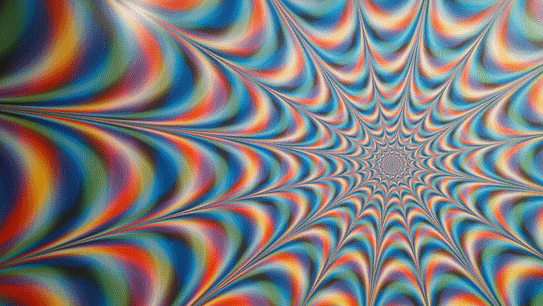 If you read my blog regularly you’ll know that I recently reviewed a fantastic documentary called “Richard and Jaco: Life with Autism” which is available to watch on BBC i player until 1st June 2017. In the documentary Richard recalls his first suspicions that there was something a bit different about his son, Jaco. Richard had decided to take a few photos of Jaco who was sitting in his high chair when he noticed that every single time he held his camera and pointed it at Jaco, his young son automatically covered his ears. It was later discovered that Jaco is hypersensitive to sound and for the past two years he has worn ear defenders to help him go out and about without becoming too overwhelmed by the unpredictable and constant barrage of everyday environmental sounds that are part and parcel of daily life.

When our kids were little we had one of those high chair seats which you strap onto a normal dining chair, imagine an older version of the one depicted below on a much more dilapidated chair!

Leila had used it without any problems but this was not the case with Edward who really liked hurling himself backwards to the extent that we worried he would tip the whole thing over. So great was our concern that we ended up taping heavy weights onto the front legs of the dining chair in order to prevent a meal time catastrophe.

This didn’t stop Edward from rocking himself backwards and forwards with all his might every time he used the chair,  much to the understandable concern of any visitors.

His rough handling of himself was something that we just laughed off whilst musing that he was probably going to become a strapping rugby player one day. I simply had no idea that this behaviour was another early sign that Edward was on the autistic spectrum.

Although I knew that many young autistic children liked lining things up and looking at spinning things such as washing machines and wheels I didn’t understand that repetitive physical sensory seeking actions, like Edward’s rocking antics, are common amongst autistic children.

One of the paradoxes about  kids who are sensory seekers is that they can also be sensory avoiders. I’ve read  about children who enjoy the constant whirr of an electric toy, becoming very distressed if the batteries run down and yet these same kids may have to wear ear defenders because they can’t bear unexpected noises. They can be both over sensitive and under sensitive to the same type of stimulus – in this case, sound.

Edward’s relationship with sensory stimulation has perplexed me over the years, especially his sensation of touch. He never used to react that much if he fell over and hurt himself, he could tolerate extreme temperatures without appearing to be in discomfort and yet things that wouldn’t bother other people could cause him to flinch, as if in agony.

Once when we were out we bumped into a chap called Mick who was walking his dogs. Mick had granddaughters who were the same age as Edward and they’d all been at the same preschool. Mick hadn’t seen Edward for about four years and when he laid eyes on the now sprouting 8-year-old boy before him he simply did what came naturally; he put out his hand and ruffled Edward’s mop of hair whilst commenting about how much he’d grown. As soon as Mick made contact with Edwards head my son flinched away, gripped his head with his hands and grimaced whilst moaning, “Why did he do that to me?”. At the time I thought Edward was acting very peculiarly and I was embarrassed and annoyed  by his apparent unfriendliness towards Mick – it was only later when I started reading more about autism that I  realised that for Edward a light ruffle of his hair, given without warning, could in fact feel very uncomfortable, painful even.

Since his very early childhood Nick and I haven’t  hugged Edward without getting his permission first. A hug given without due warning would turn our  intended act of kindness and friendliness into a perceived hostile intrusion on his personal space. Edward likes a hug every now and again but only if he’s been asked first.

Long gone are the days I could scoop him up in my arms to give him a cuddle and we’ve now passed that strange and surprising phase when we were both the same height and neither of us could work out who was going to be the over-arm or under arm hugger.

Now that my son towers over me I’m the under arm hugger, each and every time.