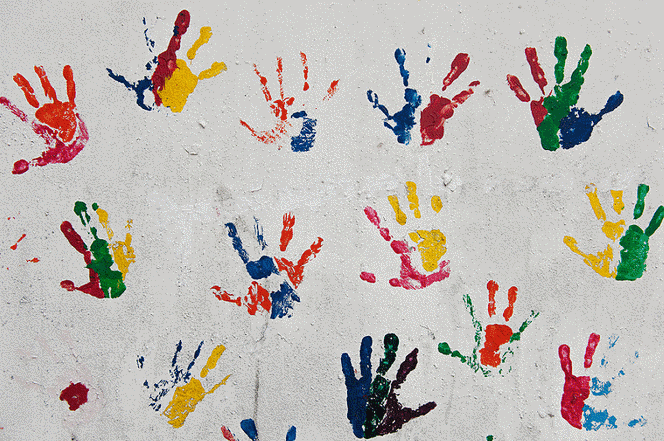 If you’ve ever wondered whether or not a child has special needs this post has been written with you in mind.

As a student Speech and Langauge Therapist I needed to learn about normal child development and the go to text was (and still is) Mary Sheriden’s From Birth to Five years:Children’s Developmental Progress.  Here’s a link to the latest edition which costs £16.99  (If you don’t want to spend that much a second-hand copy of the 1973 Edition which I used back in the day can be bought for next to nothing here!) The book covers the myriad of steps that typically take place in the first 5 years of a child’s life with sections on posture and large movements, vision and fine movements, hearing and speech, and social behaviour and play. The latest edition also gives advice on when to seek additional help if steps are not reached within the expected time frames.

If you enter parenthood without having had much experience of when and how children develop you can end up playing the “compare your own child with other children” game which may leave you feeling relieved or worried depending on how the comparisons go. It only takes one exceedingly verbal child or one toddler who can already hop on each foot to make you look at your own offspring and wonder why on earth they can’t do these things yet. There is of course a  wide variation of normal development and so it’s useful to have a reference book like the one by Mary Sheriden to find out whether or not you are right to be concerned about your own child.

If children fail to reach early milestones this should become apparent to health care professionals doing routine assessments who should then refer on to other agencies as appropriate. However if  you are concerned about your child you should ask to see your health visitor or family GP rather than wait for a routine check up, especially if one is not due for a long time.

Sometimes family members can try to help alleviate concerns by recounting various family tales of relatives who were slow to walk or talk as youngsters. However even if great uncle Herbert started talking at age 5 in full sentences it doesn’t guarantee that your own, not yet verbal, child will follow in his footsteps.

Getting help early is key.

The process of getting a child refered and assessed can take a long time so it’s worth getting the ball rolling as soon as you have some evidence to validate your concerns.

If your child has got through the first few years of life without raising any red flags at their developmental check ups I’m afraid it doesn’t necessarily  mean that it’s all going to be plain sailing; other difficulties may only become apparent once they start school.

Our son, Edward, met most of his developmental milestones on time and although we’d had hunches that there was something a bit different about him it was only once he’d entered school that his differences became more obvious.  I was often surprised by the things Edward did when he was little and so I kept a diary (an actual paper and pen diary – how retro am I!) detailing lots of little snippets of information.

(I’m very glad I did because most of them are finding their way into my blog!)

More importantly these notes proved to be very useful when we did end up getting Edward assessed for Autism Spectrum Disorder (ASD)  when he was 8 years old.  The  notes I’d made meant that I was able to give accurate information about his sleep, play, language and social skills from his early years onwards. Parents of any child going for an ASD assessment will be asked a lot about the first 5 years of their child’s life so being able to recall accurate and detailed information about your child from that time period is very helpful.

Edward has a high IQ; he wasn’t quick off the mark when it came to reading but he’d pretty much got the hang of it by the age of 7. From an educational point of view he gave no cause for concern. I knew though that he was really struggling socially, had no friends in his class,  often said very inappropriate things, was easily upset or cross, and spent a huge amount of time thinking and talking about dinosaurs. He had started to notice that he was failing socially and I’ll never forget him sadly observing, “I’m not like the other children, mummy.” .

One day, after seeing Edward complete a memory assessment for a PhD student’s research project, everything changed. I’ve written about this is in a post called Wired Differently and to cut a long story short Edward performed like an autistic child on the memory tests the student presented him  with.  This was the first concrete evidence I’d had to support my hunches that my son might be on the autistic spectrum. After that I bought a book called Asperger’s Syndrome: A guide for parents and professionals by Tony Attwood. It was as if I was reading a book which had been written specifically about Edward!

That gave me the confidence I needed to seek an ASD assessment. I had a bit of a job persuading the GP to refer Edward for an assessment which I’ve written about in a post called Unexpected Battle but after that we were in the system and 18 months later, after a seeing a psychologist, speech and language therapist and a paediatrician, Edward was given a diagnosis of Aspergers Syndrome.

If you are a parent of a child who is like my son, do not wait for school staff to suggest an autism assessment. If your child is meeting educational targets then the teacher may not have any concerns about them.  The difficulties your child has may be more apparent during unstructured parts of the school day or when they are at home with you. To this day I do not know if any of Edward’s teachers would have recommneded an autism assessment, even though they gave me their full support when I told them I was seeking one.

Having a diagnosis has been a huge help.  It has helped us advocate for Edward so that reasonable adjustments can be made at school to make life run more smoothly for everyone. It has helped family and friends to have more patience and be more forgiving when Edward gets overly pedantic or says something which could be taken the wrong way, but perhaps most importantly of all it’s given Edward more understanding, awareness and self acceptance.

I’ve used this quote of Edward’s before but it seems apt to include it again here. He wrote it 5 years after his diagnosis, aged 13.

“I have a condition called Autism. It affects my behaviour, and makes me less social but more focused. Most people see autism as problem but I see it as a feature of personality. If there was a cure I would not take it…. because it would not be me, but a less interesting version of me without my best and worst features.”

The handprint image is used courtesy of flickr creative commons