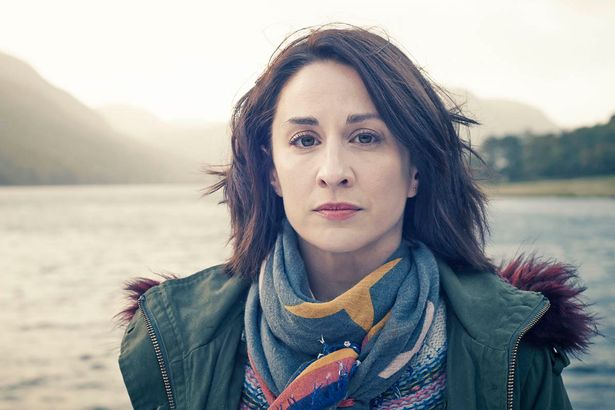 I have been following the A word with interest. For anyone who has not been watching  it is a 6 part drama on BBC1 following the lives of a family living in the beautiful Lake District. At the beginning of the series 5 year old Joe is assessed and given a diagnosis for autism. The series takes a look at how the wider family, and in particular his parents, Alison and Paul, respond to this process.

It’s also a TV drama and it therefore needs to appeal to a mass audience so it veers off from reality by ramping up the drama using off shoot story lines which mainly centre on the sex lives of the various teen and adult characters. Joe’s special interest is music and the show has been highly praised for the use of nostalgic tunes played throughout. I guess it would have been difficult to provide mass appeal if Joe’s special interest had been vacuum cleaners or train engines. The speed of the assessment and diagnosis was wildly inaccurate but some things need to get tweaked to make a TV drama work, obviously they do. But in order to bring in a quick reality check here – the average time for a child to be assessed and given a diagnosis of autism is 3.5 years.

Alison has been portrayed as a person used to getting her own way. She has experienced being a woman in control of her life. She has a nice house, a loving husband, a gorgeous daughter and it seems that everything is going as she hoped it would until her world comes crashing down; her mother dies, and a year later her son is diagnosed with autism. She becomes assertive to a point well beyond rudeness. She’s always been able to make things happen exactly as she wants them to; but when it comes to Joe, she is stumped!

He doesn’t sleep well – she can’t really fix it, although driving around with him in a car late at night listening to music sometimes helps.

He doesn’t have friends – she arranges play dates that go wrong.

He doesn’t speak much – she puts pressure on him to look at her and answer her, but he doesn’t.  She tries to bully the speech therapist into seeing her son for more therapy, without success.

Joe’s wonderful child minder, Maya, turns out to be an illegal immigrant  –  she tries to pressurise Maya into a sham marriage and she even bribes the local policeman to turn a blind eye so that she is not deported. (I have to admit that for me things got a bit too far fetched in this episode).

But you get the picture. She is a desperate woman prepared to do anything to try and make things better for her son, but she doesn’t have the support and information she needs to know how to channel her incredibly forceful energy.

Alison has been vilified by many viewers. People apparently hate her. I don’t.

I think if you put yourself in her shoes and looked at Joe as if he were your own son you may find that you feel as though you have entered very deep waters. Your mind might start racing with thoughts about his future “How is is going to make friends? How is he going to be happy? How will we manage when he is a teenager? How can I get him to talk? Will he get excluded from school? Should I be home schooling him? Will I have to give up my job? Will any other children want to play with him? Will he get bullied? Will other people think that his behaviour is my fault? Will he get married? Will he have a job? Where will he live when he is an adult? What will happen to him if something happens to me? It could get scary.

When my son Edward was diagnosed with autism I did not know anyone else who was parenting an autistic child. I am a speech and language therapist so I did have some knowledge about teaching communication skills and that training was so incredibly useful. But in terms of all the questions, like the ones above, I was alone.

In the city where I live there is a monthly information session for parents of autistic kids to go and get information and support. Eventually, I managed to get there. I met a really lovely woman and her 16 year old autistic son, Joe (funnily enough). She was calm and she seemed happy. Joe was chatty and he seemed happy. I can’t really describe how powerful that was for me. For the first time I was presented with autism being OK. I went to a support group a few times for parents of children with autism and that was also helpful but I found that with looking after four kids and working, I struggled to attend. But it had done the job. I was not alone and I had seen some glimpses of lives lived with autism that worked, despite the challenges. I attended a conference and met adults with autism and heard young adults speaking about their own  journeys and it gave me a huge amount of hope.

I am blessed with a close circle of friends who never judged Edward’s behaviour or mine. They have been a rock solid foundational part of my parenting road. If I was bothered by the fact that Edward was sitting alone reading a book whilst all their kids were playing football they would give me some perspective.. “does he look unhappy or distressed to you?” . “No” I would usually reply. “well then, let him read”. If I was going through a hard phase with Edward, I had family and friends who I could talk to about it. Alison hasn’t got this support. She hasn’t yet got to the place where she accepts who Joe is. I hope that in the final episode we see her getting to that place and finding the support that she could really do with. One place she could turn to is the blogosphere.

I have looked at quite a few parent blogs and they are all so different but also so helpful. If you are parenting a child with special needs you will probably find a parent who blogs about raising a child with similar needs to your own. I certainly hope that my blog is of help to people parenting younger versions of Edward. This is a link for a list of other SEND parent bloggers. If you feel like you are in Alison’s situation maybe you will find someone to connect with, someone who helps you to realise that you are not alone.

As a technical non native (as my children like to describe me) I never imagined in a million years that I would be getting up early on a Saturday morning to write a post on my own blog in defence of a fictional character.

Life can be strange.

32 thoughts on “The A word – Writing in defence of Alison”