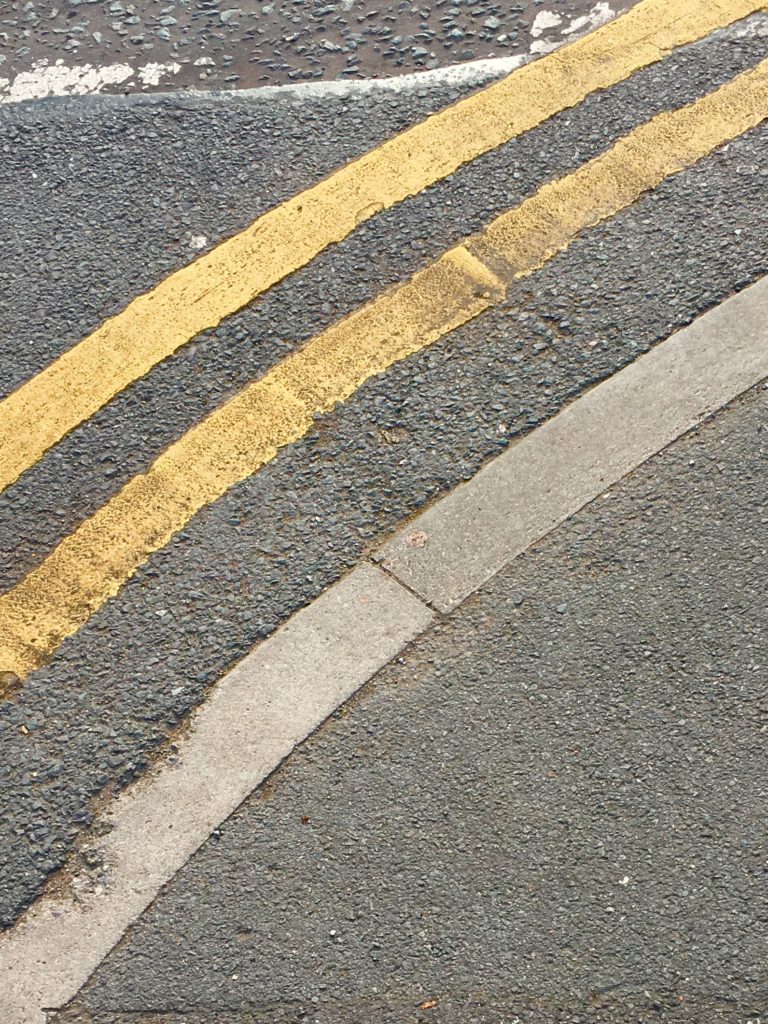 I’ve been researching the history of the simple roadside curb today. Did you know that the curb was first invented as a means of protection? The simple stone riser formed a barrier against the waste products which were once upon a time thrown into the streets. Prior to the invention of a decent sewerage system our streets had two main functions; waste disposal and transport.  The curb provided protection by making it more difficult for human waste and other similar nastiness to re-enter homes after it had been discarded onto the street.  A secondary function of the curb was its useful demarcation between pedestrian walkway and road and for this reason it stayed, even after the arrival of decent sewerage made the curbs main purpose redundant. Curbs, despite being a great invention in many ways, have been a huge barrier to wheelchair users getting around.

It wasn’t until the 1940s in Michigan USA that the first curb cut was made for disabled access. A curb cut is where the curb is reduced in height so that it is level with the street surface thereby allowing people to move from pavement to road and back again without having to step up or down. Despite the success of this first curb cut it wasn’t mandatory for curb cuts to be made in most Western countries until the last decade of the 20th century. This move came on the back of pioneering work in the 1970s by a group of disabled student activists who founded The Independent Living Movement in Berkeley, California. They worked hard to establish a wheelchair accessible route through the University of California campus and the town of Berkeley. They even built curb ramps themselves, covertly laying asphalt in the middle of the night. You can read more about them here. 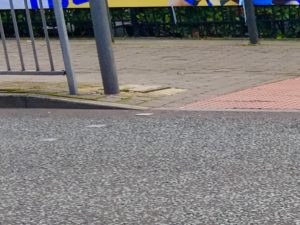 Introducing curb cuts has made it much easier for disabled people to get out and about but curb cuts have actually helped non wheelchair users too. If you’ve ever pushed a push-chair, wheeled a suitcase or even donned a pair of roller blades you’ll probably have appreciated the curb cut as a way of helping you move about more easily. Curb cuts are built-in the most sensible places from which to cross a road – children learning to travel independently now have an easily identifiable marker to help them find the best place to cross the road. Many curb cuts also have bumpy paving so that visually impaired people know that they are at a good place to cross the road.

A change made solely for the benefit of wheelchair users has infact benefited society at large.

This phenomena has been called the curb cut effect.

This week The National Autistic Society (NAS) has launched a campaign called Autism Hour – maybe you’ve heard about it? You can find out more about it here

According to the NAS 64% of autistic people and their families avoid going out, even to the shops, and the main reason given is that they get too much information resulting in sensory overload.

Today marks the start of a week-long event where shops and services adapt their surroundings for just 60 minutes to try to provide autistic people with a break from sensory overload.

Names you will have heard of such as John Lewis, Superdrug, Sainsbury’s and Clarks and Intu which manages many of the UKs large shopping complexes, as well as many others are taking part. Participating services and shops will be dimming their lights and reducing background noise as well as helping their staff understand more about autism.

Hopefully many autistic people and their families will be able to venture out to places that they usually avoid.

I hope that the services and shops taking part will consider setting aside regular time to make their environments more “autism friendly” even once this campaign finishes.

In doing so I have a feeling they may experience a curb cut effect in their stores. 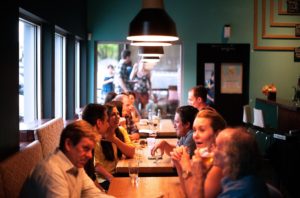 I work with people who have hearing problems.  Many people with hearing difficulties can manage to hear well enough to engage in one to one conversations in quiet environments when they can easily see the other persons face but they really start to struggle if there is even a little bit of interfering background noise. The sounds around them drown out the speech of the person who is talking to them making conversation pretty much impossible. Background music in shops and restaurants can turn what should be a pleasant experience into a frustrating and often isolating one. Being able to go out to a restaurant on the day when it’s “quiet night” or to go to the supermarket without the tunes blaring would be a great help to the many people living with a hearing loss. According to Action on Hearing loss slightly more than 40% of people aged 50+ have a hearing loss and that figure rises to more than 70% once people reach the age of 70.  With life expectancy increasing the vast majority of us will either experience hearing loss first hand or be close to someone who has a hearing problem. Given the choice many people with hearing problems would opt to eat out or shop in environments where they could be assured the background noise was kept to a minimum so that they could enjoy a decent conversation.

Personally I find it easier to make decisions when I’m not bombarded with noise. For me shopping in places where the background music is loud and where space is tight leaves me wanting to leave the shop as soon as possible. I’m not autistic and I’m not deaf but I’d definitely prefer to shop in peace and quiet than in noise. How about you?

I suspect that shops and services who make changes to better accommodate the needs of autistic people may discover that they have actually helped a much wider group of society than they ever imagined they would.

If more accessible services leads to more customers that’s surely a good thing if you are running a business.

What’s been your experience of the #AutismHour campaign? I’d love to hear about it.

9 thoughts on “Accessibility -it’s good for everyone!”