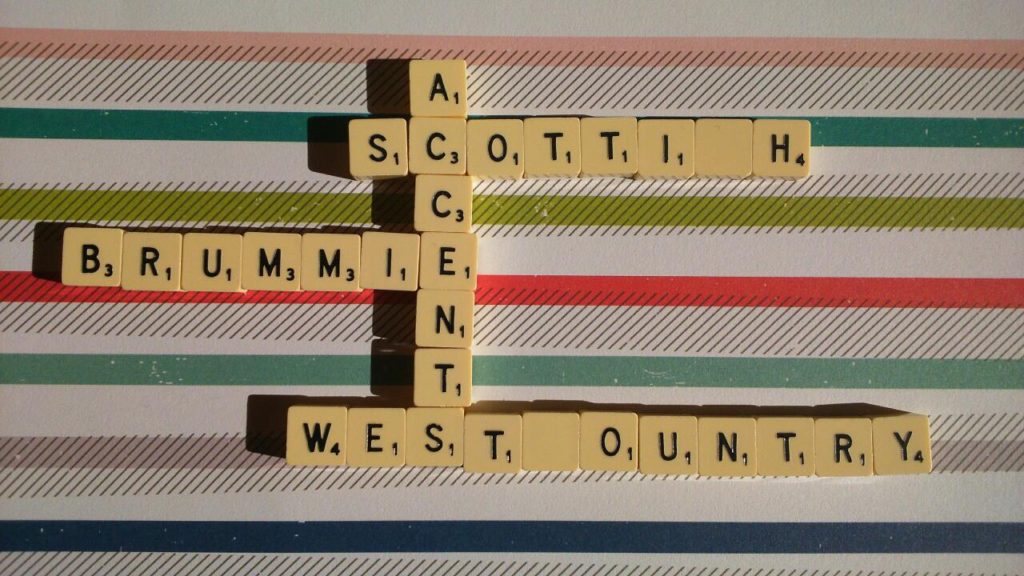 My mother is from a small Scottish town called Wishaw, a little south of Glasgow. She moved to England as a young woman when she married my father in 1968, almost half a century ago. You only need to hear her utter a word or two to pick up the Scottish heritage coming through on each word she speaks, even after all these years of living in a foreign country!

I spent the first years of my life living in the Midlands speaking with a distinctive Scottish accent. It wasn’t until I went to preschool and started mixing with other children that my vowels slowly morphed into the ones in local use.  I became an English girl with an English accent, blending in with my peers without making any conscious effort to do so, it just happened. Children can do that, their accents are not set in stone, remaining changeable depending on what they hear around them. The older you get the less likely you are to lose your accent when you move to a different region. 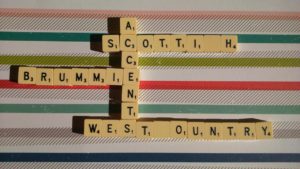 Nick and I met each other in Leeds over 20 years ago, and although neither Nick nor I grew up in this wonderful northern city, we love it here and it is definitely where we feel at home. Our children are all Yorkshire born and bred and have grown up in a city environment rubbing shoulders with kids from many different backgrounds and cultures. At their primary school their peers and indeed many of the staff had solid Leeds accents and unsurprisingly when Leila joined the school we found that she started “to sound reet(right) Leeds”  from day one. In fact, when she was younger her accent was sometimes so strong that we had to translate what she said, in order for her grandparents to fully understand her when they visited.

When Edward started school we assumed that the same thing would happen, but it didn’t.

From the ages of 3 to 9 Edward watched at least one episode from the absolutely brilliant BBC Walking with Dinosaurs/Monsters and Beasts series, every single day. Sometimes he would binge on 4 episodes in one go, and he would have watched even more if we had let him. He loved these programmes which were beautifully narrarated by Kenneth Branagh, with his wonderfully well spoken, clear, posh and definitely not very Leeds accent!

Nick and I haven’t got strong regional accents, and most people would find it difficult to place us as being from Bristol and Birmingham where we respectively spent our formative years. Nick very honestly told me that he wouldn’t have married me if I had retained my childhood Brummie accent. I obviously accused him of accent snobbery and I do apologise if his views have offended any readers from Birmingham or the surrounding areas.

For a lot of his formative early years Edward was exposed to the fairly neutral accents of his parents and the lovely rich tones of Kenneth Branagh.

An old neighbour of ours, on meeting Edward for the first time, laughed and said, “He sounds like a mini prime minister, you’ve got a posh one there”. He was right, despite going to school and mixing with other children who spoke like children from Leeds speak, Edward spoke like a boy version of Mr Branagh.

I poured over Tony’s Attwood’s book “Aspergers Syndrome – a guide for parents and professionals” when I was wonderiing whether or not Edward might be on the autistic spectrum and I was amazed to read that it is common for autistic children to fail to pick up local regional accents from school peers, tending instead to stick with the accent of the family home. I guess for many families the home accent will match the local accent, but in our case it didn’t and so this seemingly small mis-match became yet another small piece of the jigsaw puzzle that pointed us in the direction of getting Edward assessed.

So why don’t autistic kids pick up local accents? Could it be that autistic kids don’t notice subtle changes in vowel sounds as easily as their neurotypical peers? Could it be that mirroring what others around them are doing is difficult or not viewed as important? I don’t know the answer, but one thing for sure is that my son does not naturally conform to social expectations.

The underlying reasons that mean he doesn’t speak like some of his Leeds born peers are probably the same reasons that he doesn’t conform with social norms just for the sake of it,

He thinks outside the box and that’s one of the things I love about him and I wouldn’t change my rather well spoken son for the world.

One thought on “The way we speak”