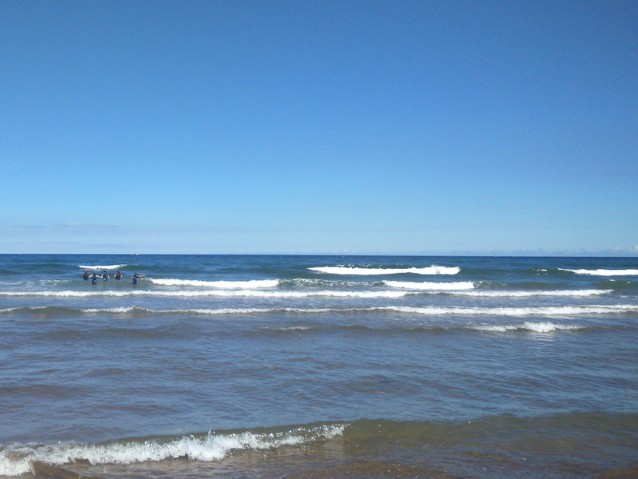 Edward loves the sea. Ivy hates the sand. This has not led to those happy family moments depicted on seaside postcards. On the occasions when Edward’s love for the sea has outweighed Ivy’s dislike of sand, he heads straight for the surf. He loves waves and can spend literally hours splashing around in them. 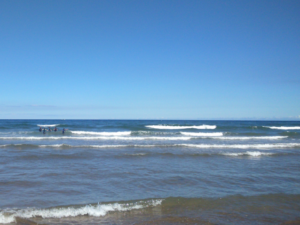 On a trip to Boggle Hole, near Robin Hood’s Bay a few years ago Leila, a fellow water baby, and Edward were in the sea with their friends. It was cold. Really cold. I was wearing a thick coat, hat and gloves. Picture the grey north sea at Easter time framed by a slightly paler grey Yorkshire sky. After a matter of minutes their  friends sensibly came out of the water, shivering and very ready to get warmed up. My two, loving the water so much, stayed in. A while later Leila came out. We started checking with Edward, “Are you cold?”, “Do you need to come out?”. His reply each time was “NO!”. Eventually Leila asked, “Edward what are you feeling?”, “I can feel a sharp pain in my chest and am no longer aware of my hands or toes”, he answered through chattering teeth. At that point he was instructed to leave the water immediately and we draped him in warm towels slowly returning him back to a normal temperature. I am fairly relaxed in some aspects of parenting as you can see – I had assumed that he would be in tune with his own body and realise that he had to leave the water once he’d become too cold. In retrospect I don’t think he would have come out on his own accord, he was having so much fun in those icy waves that he couldn’t contemplate doing anything that would bring it to an end.

Paradoxically the younger Edward didn’t seem to be too sensitive to heat either.  Every single day when I collected him from primary school he emerged with his coat zipped right up to the neck, hood securely hugging his head – come rain or shine. On hot days his face would be glowing red and my first words would be, “Are you hot?” and he would invariably say that he wasn’t. I would then have to try to persuade him to put his hood down but he so liked the feel of it around his head he usually resisted. The easiest solution was to make sure I had a drink to give him on those days.

It’s really common for children with autism to have sensory experiences which are outside the normal range. It’s also very common for children with autism to have problems with executive brain functions, These functions include the ability to initiate, organise and regulate behaviours in response to changes in the environment. If a young child with autism isn’t getting the usual feedback from heat and cold and if they also have difficulty with executive function they might not realise what they need to do to stay physically comfortable. Reminding young autistic kids to take layers off/put layers on/ have a drink etc can be essential to helping them stay comfortable. 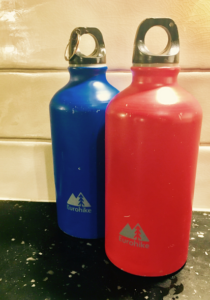 I recently heard about a young boy who may be on the autistic spectrum. He is educated in a mainstream classroom where there is a drinks area. The children are expected to independently go and help themselves to water whenever they need it. The problem is that this child has not yet developed a set of  internal reminders which alert him to the fact that he needs to drink and consequently he is dehydrated throughout the school day. He just needs someone to prompt him, that’s all.  Disappointingly his mother has been told by staff that they have to treat all children the same way and that they can’t make allowances for individual children. Sigh. Children are different from each other – you can’t treat them all in exactly the same way if you want to be fair handed.

These days Edward seems to be wearing more or less the same amount of layers of clothing as his peers. He still loves being in the waves on the rare occasions when we venture near the sea but he now comes out well before he gets to the “chest pains” stage of hypothermia.