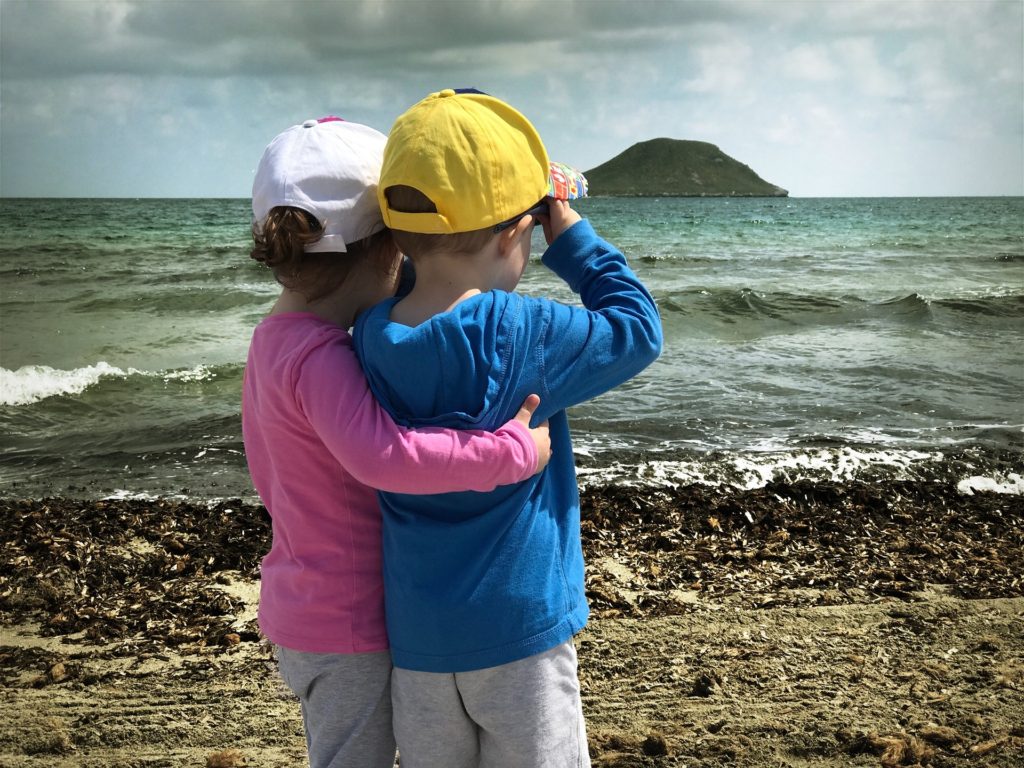 When Leila was four years old she must have decided that one younger brother simply was not enough and so she confidently asked me to provide her with a set of twin siblings, a boy and a girl.

I smiled at my young daughter in the knowledge that Nick and I were hoping to have a third child and said,  “I’ll see what I can do.”.

A few short weeks later I found out to my shock and later delight that I was indeed pregnant with twins and as it turned out they were the requested gender combination.

Two years after the twins arrival Leila asked me if I’d have a set of triplets,

Having a larger sized family comes with its ups and downs.

For a start off, its expensive! We’ve had to get a larger car and a larger house not to mention the increased food bills and the university costs which are looming on the near horizon.

Secondly, as with any larger group, it’s difficult to please everyone all the time and I can certainly identify with the phrase, “You’re only as happy as your most miserable child”. As a result we’ve tended to divide up and do things in smaller units as a way of making life more amenable for all of us.

But there are also many positives to being part of a large family.

Firstly there’s always something going on and someone to do something with if you want to.

There’s plenty of toys, clothes and books to borrow and swap.

For Edward, our autistic son, being part of a large family has helped him learn a lot about fitting in with a group and interacting with others.

Having a slightly older non autistic sister has been a game changer for him. Leila’s been looking out for Edward her entire life.

Both of my daughters are super proactive people. If they want something to happen they make it happen. Leila wanted Edward to fit in and do well at school and so she set to work.

The summer before Edward started school Leila made him play schools with her every day at home. She laid out the room to make it more like the reception class and told him in great detail about all the different parts of the school day. She made him sit on the floor and put his hand up when his name was called. She made him help with “tidy up” time. She showed him how to take off his shoes and put on his pumps. She did a good job. 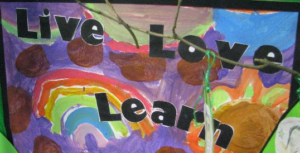 Roll forward a few years and my teenage Leila took a long critical look at her younger brother who was a few months shy of starting high school and she announced with brutal honesty,

And so began an intensive social etiquette training programme directed by Leila and targeted entirely on Edward.

Nose hygiene and eating style were the main areas tackled by Leila and once again she did a great job. We had of course tried to teach Edward how to blow his nose in a timely and appropriate manner and eat in a non-gross way throughout his childhood but he seemed to listen more when these instructions came from Leila.  Leila has shown some tough love to Edward over the years because she wants him to fit in and be included. It has worked.

Having three siblings and also living next door to some close friends who have similarly aged children has been great for all of us but especially for Edward. We have merged our back gardens together to make a large outdoor space and there’s often various combinations of children and teenagers around. This has meant that  Edward has had plenty of opportunities to have frequent short bursts of social interaction  where he’s learned how to behave and interact with people his own age. He’s also been able to slope off to his room to be by himself when he’s had enough.

On those rare occasions when he did have a friend round whilst he was at primary school his siblings helped him out without even realising it. If Edward became tired of being with his friend he had a habit of abruptly abandoning them but Seb or Ivy invariably came to the rescue and just played with Edward’s friend instead. If the twins hadn’t been around I’d probably have tried to force Edward to carry on interacting with his friend which would undoubtedly have ended badly.

Edward has at times reduced each of his siblings to sob tears of frustration when he’s been in an argumentative and pedantic mode. My children can all argue with each other fiercely and I often feel like a failed wanna be peacemaker.

Thankfully there’s also a lot of love between them.

These days Leila and Edward often stay up talking together late into the night putting the world to rights; they’ve become firm friends.

In September Leila will leave home for university and we will all miss her terribly despite being delighted that she’s getting on with what she wants to do in life.

I wonder if she’ll be back giving Edward some essential pre university training when his turn to move on comes in a few years time.

I have a strong feeling that she will be and I have no doubt that once again I will be truly grateful for her input and support.

Edward, whether he ever realises it or not, has a lot to thank his siblings for.

In turn, it is through growing up with Edward that my other three have learned to be tolerant and accepting of people who are a little bit different.

25 thoughts on “Who would we be without our sisters and brothers?”