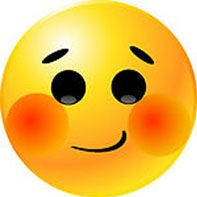 If you are raising a child who is on the autistic spectrum you will probably be familiar with those moments where you wish the ground would open up and swallow you whole. I found that things got a bit easier when I started learning to embrace embarrassment and accept that these familiar stomach tightening experiences were now part and parcel of my life. These social “disasters” can in fact be the most wonderful opportunities for teaching more social awareness, afterall without them happening how would we know what we still needed to teach?

Social skills beyond the simple P’s and Q’s are truly baffling when you start to think about it. They also confusingly change from one context to another, from one group to another and from one culture to another. Unsurprisingly it’s easy to make mistakes.

I have been lucky enough to have friends who are from different cultures and countries and have had first hand experience of making crosscultural social blunders on numerous occassions. Years ago we had a friend called Sumie, a Japanese student, who spent christmastime with us. It was a particularly cold winter and we decided to go out for a walk but discovered that Sumie had no suitable clothing. We found some spare scarves, hats and gloves and offered them to Sumie with a “Would you like to borrow these?”. “No thank you” said Sumie as she bowed her head towards us. We knew she’d freeze so we offered again and she declined one more. In the end Nick told her she had to wear them and thankfully she looked relieved as she quickly wrapped herself up. We realised that we should have just given them to her rather than provided her with a choice about whether or not to receive them. We had inadvertently put her in an awkward social situation.

You expect to run into cultural differences in social communication with friends from other countries but if you have autism it must sometimes feel like everyone you meet is from a different country obeying invisible hard to define social rules.

Here’s a handful of examples when Edward provided us with an opportunity to find out what we still needed to teach him.

Edward: “Have you done something to your hair?”

Godmother: “Yes, I’ve changed the colour and had it straightened.”

Edward: “It looked better before.”

At the age of 8 Edward made this comment to me whilst he was giving a hug to one of our larger sized newly acquainted friends.

“mmm”, said I, desperately trying to ignore the situation that was unfolding.

“Mum, Mum look at my hands, see… I can’t get them to join up”, said Edward whilst tightly squeezing poor M.

(opportunity for teaching the “do not comment, even indirectly, on someone’s size” lesson)

At the age of 10, to one of Leila’s friends during a camping trip when we were in a group of mainly young teenage girls.

“You have very nice long legs”.

Resulting in surprise, shock and embarrassment accompanied by Leila groaning, face palming and saying, “Edward you can’t say things like that!”

“But look, she does have very nice long legs!”

The problem is that all these lessons could have post scripts which begin with “unless…. ” or “except when…. ” which makes them tricky to teach but this social awareness is so key for forming and maintaining successful relationships both socially and in the workplace that try and teach them, we must.

When Edward messes up socially we know it is nearly always because he has autism. He is not being intentionally rude when he breaks with conventional social rules so there’s little value in simply telling him off. When I get embarrassed by what he says it can be all too easy to get cross with him in the moment and then brush the incident under the carpet, to be forgotten about forever. By learning to live more comfortably with my own embarrassment I have found that I can revisit incidents after the event and talk through what was said and how it could have been interpreted by everyone involved. Through dissecting the incident in this way Edward has a better chance of figuring out what he would do differently should a similar situation arise.

Next time I wish the ground would swallow me up, I hope that I remember that I’ve just been given the gift of knowing which social lesson is next in line to be taught.

7 thoughts on “Why I love Embarrassing Moments.”