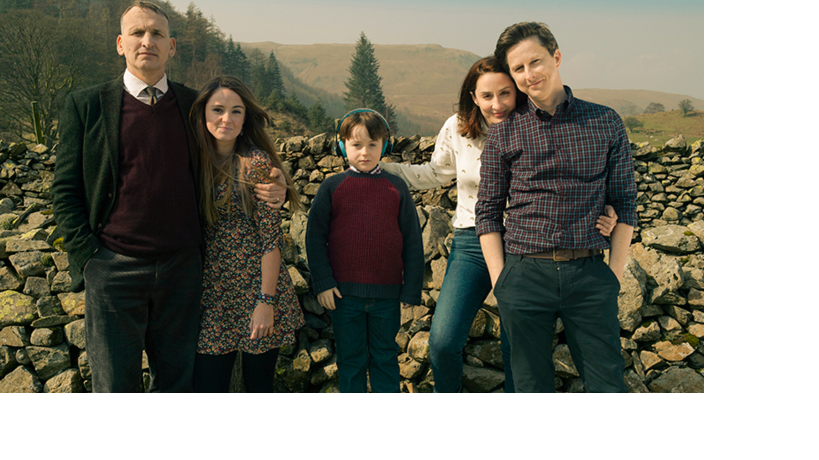 This week we see the return to our screens of The A Word.

If you missed this hit television series in 2016 then let me put you in the picture.

5-year-old Joe Hughes is different from other children. He has an obsession with music, seems to be in his own little world and is struggling to fit in at school. As Joe goes through an incredibly fast autism assessment process (it takes years for most children to get an autism diagnosis but lets face it that probably wouldn’t have made great TV) we watch as his mother, Alison, struggles to accept that her son has autism.

Alison came under very intense criticism in series 1 to the point that Morven Christie, the actress playing her character had people reprimanding her on social media for her behavior towards her son!  I was actually moved to write a blog post in defense of Alison – the first time I’d written about a fictional character since doing O level English in the 80s!  There was so little empathy from the general public for what she was going through as a mother that I felt I needed to give her a voice. Here’s the post if you are interested.

In this series Alison has moved on and thankfully she’s started to understand and accept who Joe is. However the now 7-year-old Joe is also beginning to understand that he really is not like the other children and so Alison and husband Paul have the unenviable task of trying to help Joe grasp why he is different and why his life is more of a struggle.

Our son Edward was also seven years old when he started to notice that he  was quite different from the other children in his class at school. He never asked me why he was different but I can still recall the exact moment when he announced, a little sadly, “I’m different to the other children mummy”.

Those words cut as deep and they rang true.

Knowing that your child is awakening to their own difficulties and differences  is scary. Part of you wants to pause time so that they can just be who they are in blissful ignorance about the things that they struggle with. Time though has a habit of marching steadily on and you can do absolutely nothing at all to halt it.

If your child is on the autistic spectrum they will discover soon enough that they are different.

As  parents it’s surely our job to do all we can so that this realization of difference dawns on them in the best way possible.

We want them to know that although different they are not less.

We want them to know that some of their differences are actually wonderful strengths.

We want our children to feel good about who they are, to have that sense of self-esteem and value that will increase their chances of staying mentally well and becoming healthy young people.

Once Edward was diagnosed as having aspergers we were able to very frankly and honestly explain why he was different from most other children.

I’ve written about how we explained his diagnosis to him in You have something called autism. 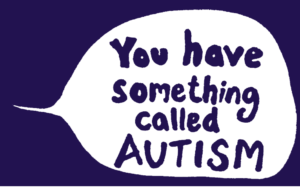 I’m looking forward to seeing how Alison and Paul tell Joe about autism and why he is different to the other kids.

It’s tempting to shy away from having potentially difficult conversations with our children but when it comes to autism once a child has become aware of being different from their peers I think it’s really important not to sweep this awareness under the carpet with a glib, “we’re all a little bit different” kind of comment.

Being able to tell Edward why he was different helped him to understand himself better. He stopped viewing himself as bad and started understanding that he was autistic and all that that means. I’ve written more about this in a post called  “Mummy I’m bad”.

If you are planning to watch series 2 of the A word it starts on Tuesday 7th November BBC1 9pm.

3 thoughts on “Will you be watching The A Word?”