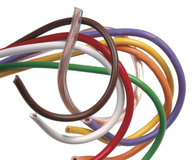 It wasn’t until Edward was 7, that I decided to try and get him assessed for Autism.

I had mentioned concerns to professionals before this stage and an Educational Psychologist had even assessed him when he was in reception. She felt it was too early to decide whether or not he had Autism and that he might grow out of his traits. I was pretty happy with her views at the time as I was still holding onto the hope that I was seeing problems where really there were none. Nick definitely thought this was the case. It was often difficult to talk with each other about whether or not to seek an assessment, as we would invariably get into an argument about it. I was making a fuss about nothing.

We had a letter from school in January 2008, a psychology student wanted to do some memory tests with children during the half term school holidays. It would involve the student visiting the child at home and doing a battery of verbal reasoning and memory tests which would take about 90 minutes.  I realised that Edward would really enjoy having one to one adult attention and that this was a perfect and cost free holiday activity. I contacted the student, Tom, and arranged for him to come round one morning when the twins were at nursery and Leila was at a friends house.

I didn’t realise how significant this day was going to be for our family.

Tom began the tests and it all went very well. Edward liked doing the puzzles, he was having a great time. One of the tests involved Edward having to read a series of 10 flashcards. Each flashcard had a verb written on it. Jumping, clapping, pointing etc.. Tom then asked Edward what he was interested in and the answer was predictably, dinosaurs. They then spoke  for exactly 2 minutes about dinosaurs, or rather Edward gave a two minute monologue about dinosaurs, after which he was asked to recall all the words that he had just read. He was able to remember all but one of them. I was really surprised and certain that I would not have done so well.

Tom then showed Edward another 10 flashcards with different verbs written on them. This time when Edward read the verb he was asked to do the corresponding action at the same time. So when he read “standing” he had to stand up, when he read “nodding” he had to nod his head and so on. Tom and Edward then had another short chat about dinosaurs after which Edward was once again asked to recall the words that he had read. He remembered only 3 this time. I was stunned.

After apologising for the toilet over sharing, I commented to Tom, that I thought doing the action at the same time as reading the word would have helped Edward remember the words more easily. Tom explained that for most children this was the case. I  let Tom know that I had been wondering whether or not Edward was autistic and Tom responded,  “Ah, well I should probably let you know that I have been doing these tests with autistic children as well as with children who don’t have autism and Edward has performed more like an autistic child, on this particular test.”

Boom. Someone with specialist knowledge about autism had just told me that my son was behaving like someone who had autism. It stirred me into action.

Tom and I ended up having a long and really helpful conversation about getting Edward assessed. We had plenty of time because Edward always took an absolute age on the toilet!

It was the first time I had what I considered to be concrete evidence rather than my own hunches, that my son was wired differently. This evidence also helped persuade Nick that we should seek an assessment. I quickly realised  that being wired differently would have many implications for how Edward learned. Multi sensory learning seemed to be the buzz word in early years education. Multi sensory education is not a good approach for someone like my son. People who are autistic can become overloaded if they have too much different sensory input at the same time. They may take in information better if it is just presented in one way, a way that works best for them, it’ll be different for different people.

It also explained why Edward, despite being obviously bright and curious, seemed to miss so much information. For example, when he was playing with bricks in a noisy classroom he would focus solely on building and defending “his” bricks from other pupils with fierce determination.  He was always the kid still playing with the bricks even though the teacher had told all the children to tidy up 5 minutes ago. He wasn’t being naughty, he just couldn’t process the instruction whilst he was focusing on his beloved bricks.

We try and get Edward’s attention before we give him an instruction, although we still often forget and find that we have to repeat things. Understanding more about autism has given us all a lot more patience towards Edward than we would otherwise have been able to muster.