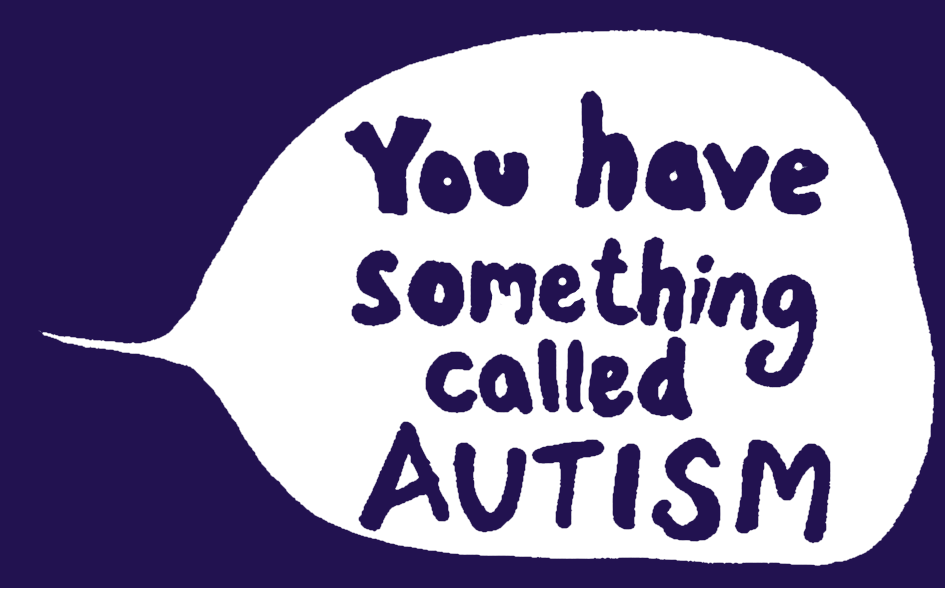 After we got the diagnosis of Aspergers Syndrome for Edward we asked the professionals if they thought we should tell Edward and they quite rightly said that it was up to us. It would have been really helpful though, to have heard about other people’s experiences of how they had told their children about autism.

I have met adults who didn’t know about their diagnosis until they were in adulthood and they have all without exception told me that they wished they and their families  had understood the reasons behind difficulties they experienced from a much earlier age. Luke Jackson the teenage author of  Freaks, Geeks, and Asperger Syndrome: A User Guide to Adolescence, found out he had Aspergers having stumbled across a letter from his paediatrician to his mother. Luke wrote the book back in 2002 because he thought that there were not enough useful things on the internet for autistic teenagers to read to find out more about autism. One of the main points that comes across is his writing is his view that it is fine to be different. I really liked Luke’s attitude. I knew I wanted Edward to learn that being autistic wasn’t something to be embarrassed or ashamed about, I wanted to build and not crush his self esteem. 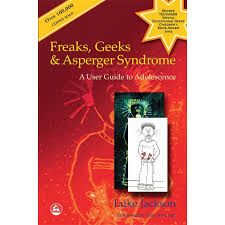 How, when and whether you tell your child that they have autism will depend on many things; your acceptance of the diagnosis, your partners acceptance of the diagnosis, your view of how the information will be received, and to a very great extent the level of understanding and awareness that your child has and probably many more factors besides these!.

This is how we did it. Edward was 8 years old when he was diagnosed with Aspergers syndrome, and we told him within a few days of being given this news. Edward, at 8, was a bright and articulate child. He was also aware that he was struggling socially and he had already made comments to me along the lines of, “Mummy I am different from the other children”. He knew he wasn’t fitting in.

We have a friend called Hannah. She is incredibly clever, she’s also very creative and lots of fun. She has a degree in microbiology and a phD in international development. I don’t think many people get higher education qualifications in totally unrelated fields. Hannah is also severely dyslexic. She tells me that she was 10 years old before she mastered reading and writing. It was a battle for her and I gather that she has her father to thank for her victory with written words. Apparently he spent time every day, throughout her entire childhood, helping her to slowly fathom how to make sense of text. It paid off, but I bet it was a long hard slog at the time!

I decided to use Hannah’s story as a handle for explaining Autism to Edward. Nick and I sat Edward down and said something like this, “Edward, you know Hannah. She has dyslexia which means that she had a lot of difficulty learning how to read and write when she was younger. Her parents did a lot of work with her to try and help her to learn how to read and write. She did learn but it was difficult for her. She’s studied lots of interesting things at university and she is doing really well now, but she still doesn’t find reading as easy as most other people do. You don’t have dyslexia, You have something called Asperger’s syndrome. This means that there are some things which you find easier than other people, like seeing patterns in things and spending lots of time thinking about things you are interested in. It also means that there are some things which you find more difficult, like making friends and understanding what other people are thinking. We are going to work hard with you, just like Hannah’s parents did.  We are going to try and help you learn about social rules (we had already used this phrase with him before) so that you can learn how to make friends..” Throughout the entire conversation Edward made no eye contact with us and fidgeted and fiddled continuously. At one point he got up and wandered across the room. Nick asked, “Edward, do you understand what we are saying?”, in an instant Edward said very matter of factly, “I have a social communication difficulty”, and with that he started playing with his bricks. The conversation was over.

That conversation has served us well. The expectation for social training was set in all our minds. To be honest we had already been intently working on social skills with Edward for years, but from this time on, he was very much in on the deal. Most of our social training has involved talking about recent failed social interactions from all angles, thinking and discussing what was going through the minds of everyone involved, why it had gone wrong and how it could have gone better. We have often role played these moments in the privacy of our dining room, which has been at various times a class room, a changing room, a bus stop, a playground, a swimming pool, a restaurant and even a urinal.

Talking about failed social events can be painful. You have to pick your moments, but if we know something went wrong then it does get talked about as soon as everyone is in the right frame of mind, whenever possible later on the same day. Often we’ve found that we have all ended up having quite a laugh about things. One thing I have been increasingly aware of is that the only way of knowing what you still need to teach or explain is by knowing what is still difficult. If Edward spent all (as opposed to most) of his time on his computer, never entering social situations we wouldn’t have any real ideas about what to work on. We need him to be out socially so we can find out what he still needs help with. If you have a child who finds social interactions difficult then often the last thing you or they want to do is go out of the house, as it can be really difficult.  However, I think it would be very difficult to develop social skills in the absence of social interactions. I imagine that this can create a bit of a catch 22 situation for many people who have autism.

If any of you have told your child they have autism, I would love to hear how you did it. If you have written about your experiences of telling your child about their diagnosis please feel free to include a link to your writing in the comments below.

11 thoughts on “You have something called Autism”